having a bit of a problem with sarven treasure 5, I have good code but there is just so many headhunter discs flying around it’s impossible to move, I can’t post the code in a topic, so ask me to PM it if you can help please

Well, I just played the level and got a good seed but I didn’t sumbit and I want it to work on most seeds :|

What hero are you using 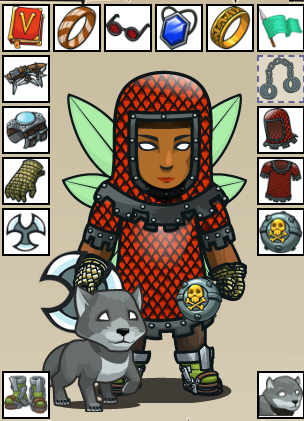 My advice: try using a fast and a big health hero (someone like Gordon) and try avoiding the missiles and enemies using the vectors from the yak level in Glacier.

I only have non-sub and Zana tho, since I no longer have premium, also, I could try, but it’s like literally impossible since:

do you have ritic or is it only zana?

I was considering getting Ritic but I decided he was just too expensive, if I did I would use shadowVortex and phaseShift to just literally make it impossible for me to die owo

Although eventually there are too many for the vortex to hold.

it works, but not really, since it freezes your character and you have to do it for at least half a second for it to have any effect

oh ok
i finished sarven treasure 7 with gordon, using only hero.healAlives(), hero.cast(invisibility, hero) and a code that moves to the nearest red x when the ogres are too close to me and of course, the best coin is coin.value / hero.distanceTo(coin).

so i think you need a fast, high-hp hero if you don’t have ritic who can just shadow vortex

As I said, I only have free heroes and Zana, so that’s not an option :|

Use teleporters in the corners wisely. If you have some dedication, some missile/enemy dodging code will also help. I think Nick posted this strat somewhere and got up to level 8?

Noice, although won’t Zana’s speed be a bit annoying to avoid projectiles with?

You probably want a mix of speed and health. So, you wouldn’t want Okar, but you also don’t want a too fragile hero like Pender. In his demonstration video, Nick used Naria. 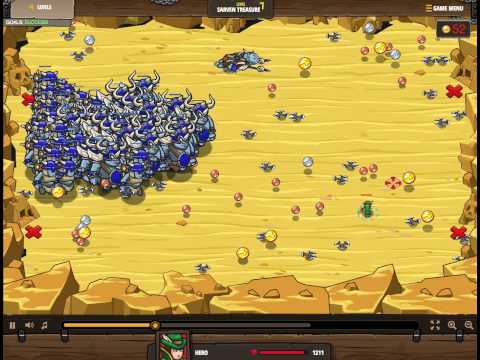 UsE niCK’S sTRaT wiTH nARiA bUt REplaCe NaRiA wiTh zANa

since u have boom balls throw em whenever ur far away from tough big boys
use a distance calculator to find the best clump in boom ball explosion radius.

I would, but, as I said, way too many headhunter discs flying around and almost killing me