just made this in game development 2, and if you try it I hope you enjoy it

the story:
armies of ogres and humans fight over the lost treasure of the forest, whose location has finally been revealed. Unbeknowest to them, the undead guardians of the treasure rally their forces to destroy these urchins who dare to disturb the treasure.
how to win:

yeah, the skeletons dominate the humans so what you have to do is go for the skeleton spawner right when the game starts and make it back to your base alive

also I wish I could change hero to shaman/archer but these are my only options: 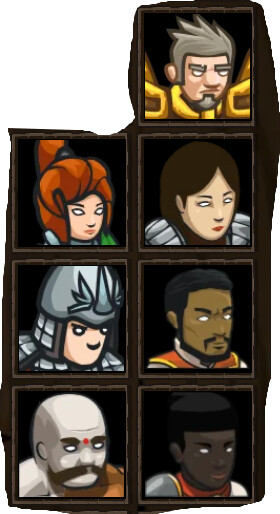 Just write “Archer”, instead of whatever those options are. I think I’ve done it before.

I can back marmite up I’ve done it before it’s really interesting how you play as a ranged hero or an ogre.

This does work >:D I’ve used it before

Awesome, I’ll try it when I have time

You should definitely try that. Also, try to make it “neutral team”. You will be able to destroy humans as well

I made hero a shaman, but it couldn’t drink health potion or collect treasure

Make sure shamans team is humans.
Edit: I am still not really sure if it will work.

there is a property like “collects” or “canCollect”, I’ll check which one it is later

It does not work on my end.

The problem is related to the thread

Sorry, I was messing around with using game dev final project 2 to make a new game. It doesn’t work anymore

Thanks for trying it anyway!