Biography of the Warlock

One day, in the village of the ogres, a strange looking male was born.
Near the village, a creepy wood resided. It was called grimsdell wood, and it was filled with mysterious burls, and walking skeletons.
No one dared to enter.
His name was Vax.
He was tall, and looked like a puny human. However, his eyes were burning white, and nobody could stand to look into them. It is common knowledge that young shamans and witches have glowing eyes, but this ogre’s eyes burned at an even greater intensity…
One day, when Vax was mature enough to go to school, he went to magic school, where the shamans and witches studied their sacred crafts, of growing, healing, slowing, spraying balls of lightning from their hands, etc. Vax quickly learned how to cast grow, but his was much more powerful than even the shaman elders. He cast grow, on a human prisoner, and the prisoner became huge. His grow spell was twice as potent then regular shamans. A witch taught him how to cast heal, but he never was able to heal his targets. Instead, occasionally, a pair of deadly skeleton warriors, also known as spartoi, materialized from the ground. Vax could command the skeletons to do whatever he wanted. His witch teacher frustrated, had no idea how to make him cast heal. He was bullied by his classmates, and became bitter. He never showed his face again. Another shaman teacher tried to teach him how to shoot lightning from his fingertips. However, try as he might, he couldn’t even get a spark. When he concentrated hard he conjured a flaming red arrow like object. His classmates were terrified, and Vax made no friends. A witch tried to teach him how to cast dispel, but instead, a sphere of wind showed up right around him. Try as his teacher might, the windstorm repeatedly showed up. Since his teachers were unable to teach him anything normal, that shamans and witches could cast, Vax dropped out of school. One day Vax ran into Grimdell Wood, never to be seen again.
END OF PART 1

where is grimdell wood? but overall good story i always wondered what the giant wind circle around him was

its magic.castsWindstorm.
It creates a wind around you, and blocks all arrows coming at you

o maybe next chapter is the chapter where he becomes an ogre superweapon?(add me to a dm to discuss how to create next 2 chapters)

Part 2:
When Vax was in the forest, he ran straight into a burl.
Panicking, he quickly summoned a pair of deadly skeletons warriors.
They were quikly eradicated by the burl.
Terrified, Vax tried to cast slow on the burl, but instead a black circle of smoke appeared right around him in a wide radius.
The skeletons came back to life!
They turned on the burl again.
They destroyed the burl, and the burl with an ominous howl, toppled to the ground.
Then, he found a wild skeleton.
The undead warrior charged him!
Without batting an eye that no one can see, he fired a shot of energy.
Crackling, the deadly shot rammed straight into the ribcage of the skeleton.
The skeleton disintegrated into pieces around him.
Soon, he heard footsteps. He heard voices, into the peculiar tound of human speech.
Then, he saw them. 6 humans, armed with short sabers ran straight into him.
Petrified, Vax sent another energy-bolt straight into the lead soldier. He fell forward, dead before he hit the ground. Then, Vax tried to make another black circle. He succeeded. The soldier righted himself, and stabbed one of his former comrades right between his shoulder blades. Unnerved, his former comrades turned on him. Taking advantidge of the confusion, Vax raised his hands, and conjured 2 undead warriors. They tore through the squad, and killed all of them. Unknown to him, he was being watched by 2 archers. They sprinted off into the distance, to warn their villages, of Vax, While Vax was hunting some burls, he ran into a large squad of soldiers.
12 soldiers, and 4 archers. The archers spotted him, and released a barrage of 12 arrows, in less then 2 seconds. 3 of them struck home, fortunately not impaling his heart. They hit both of his arms and legs. Bellowing in pain, Vax summoned 2 skeletons, and cast raise dead on a nearby burl. Righting it self, the burl charged the squad. The squad shredded the skeletons, and burl.
Then, Vax was struck by a thought. Why not cast windstorm before the arrows reached him? Yelling “Get me you little yellow skinned hornless animals!”, he stood still. As the arrows were nearly upon him, he cast windstorm. The arrows broke off, and in rapid succession, dropped 3 soldiers. Vax has learned a new skill.
END OF PART 2

can you add me now? can part three be this?

OMG XDDDDDDDDD I was just talking about that ;D Great job btw I love it!

Terrified, the archers broke and ran, leaving all the soldiers to fight Vax.
Vax simply rose the dead, and the soldiers were fighting their undead brethren again. Chaos reigned supreme, and the soldier’s courage broke.
They sprinted as fast as they could, to tell the human army. Vax, having the intelligence that the human army was after him, grabbed his map and looked for the nearest ogre fortress. He walked over to it, and told the guards what he was. The guards asked Thoktar, who happened to be in the area, and asked him if they could hire Vax. Thoktar, immediatly accepted Vax. Vax was overjoyed. From being an outcast, this was an entirely new sensation. They had many similar abilities, so Thoktar and Vax became casual friends. One day, the human army attacked. Leading them was the infamous shade, Durza. Durza was a deadly human mage, who killed even the largest brawlers, with his deadly magic. He was able to cast clouds of poison, greatly buff his allies, and give his enemies a fatal curse.
At a last resort, Thoktar taught Vax how to heal himself every second. The human army arrived. Soldiers swarmed across the walls, and gradually penetrated. Archers shot ogre after ogre from afar. But then, the fighting wasn’t so one sided. Throwers, shamans, and fangriders poured shot after shot into the enemy archers. But, the archers began to fire back. Deadly shafts whipped across the field. One of them hit Vax in the right shoulder. Quickly recalling what Thoktar taught him, he healed himself. While this mayhem was occuring, headhunters, munchkins, ogres, and brawlers poured into the enemy lines. Swords rose and fell, and ogres and humans were both slaughtered. Thoktar was barraged by arrows, and was in the hospital being healed by a witch. Vax saw an oppurtunity to deal a devastating blow to the enemy. He began chanting in the ancient language. Corpses righted themselves, and struck at the nearest human. While this was going on, the witches joined the battle. Huge oozing balls of deadly poison rushed across the battle field, and the witches began to heal wounded ogres. The humans didn’t stand a chance. However, Durza was still alive and he was conjuring massive balls of lightning, and hurling them into the ogre line, and causing massive casualties. He shot a ball of energy straight at a nearby shaman. She screamed, and fell dead before she hit the ground. He also nailed a huge ogre brawler in the chest, burning it’s armor. Vax cast grow on the stricken brawler, and it became a giant. Unflustered, Durza cast a deadly disintigration spell right into the brawlers chest. It was a grisly end for it. Vax charged straight at Durza. Durza smiled, and stood his ground, ready to face him.
END OF PART 3

This is very interesting

Vax screamed, and let a flaming energy shot fly at Durza. Durza cast windstorm, and the missile buried into the chest of a nearby witch. It hit her in the arm, but not before she released a barrage of 5 shots of poison. 2 of them scored direct hits, and the others harmlessly fell onto the ground. She howled in pain, and limped a way to heal herself. Durza grimaced as the oozing, tozic substance caught him. He regened and cast flame armor on himself. Vax countered by summoning 2 skeletons, and casting raise dead. Corpses began to rise, and attack and the skeletons cut a bloody swathe through the enemy soldiers. Durza was not deterred. He cast a cloud of poison onto 2 ogres, a shaman, and Vax injuring all of them badly. However, a pair of witches saw what was happening, and healed and dispeled the injured. Durza shot a massive ball of energy at a nearby ogre, burning through its armor, and it fell, dead before it hit the ground. 2 arrows sprouted from Vax’s legs. Vax turned, and saw 12 archers standing back, and loosing a deadly hail of arrows onto the ogres. However, the problem was quickly solved. A witch and 2 fangriders attacked the archers. The witch threw a poison shot, and the fangriders barraged the archers with spears, quickly eradicating them. However, one fangrider was killed, and the other had to be healed by the witch. Durza then cast clone on Vax, creating a doppelganger of himself, but on team humans. Confused, 4 shamans poured energy balls straight into the clone, but the clone cast windstorm. The shamans’s own energy balls hit their hearts, and they toppled. Shouting with rage, Vax poured all his energy into the next energy-missile. It came too fast, and hit Durza in the heart. He fell to the ground, a motionless corpse.
END OF PART 4

Later when Vax and his ogre friendlies returned to camp they celebrated their victory with whiskey, beef and even some carrots and potatoes. (they stole those they were too lazy to plant any.) Vax was clapped on the back from his fellow ogres even the lieutenant congratulated him as they celebrated through the night another ogre was born his name was Sorgoth he had the same power and strength glowing from him he was very powerful too. 2 days later they decided to go training the new apprentice’s vax did it partly just so he could practice when they found a burl he summoned two skeletons Sorgoth tried to shoot a plasma ball but shot a flaming arrow of sheer power instead and nailed the burl in the face the burl howled and ran away Vax realized this and took Sorgoth for his apprentice. a week later sorgoth graduated and instead of a mortar board hat sorgoth was given a set of clothes just like vax.
End of part 5 (thanks to ranger grant for letting me make chapter 5) 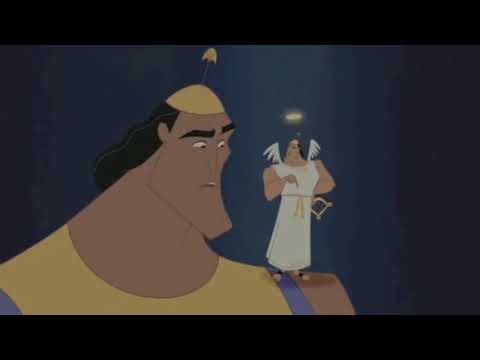 In seriousness, I really like this story you guys made!

I wonder how long the story will last

And nobody knows where the clone is… Part 6 is COMING SOON.

Yes. That’s the power of 20 characters

Sorry about the extremely long wait.
Here is part 6!!!
Vax and Sorgoth were exploring the forest, when suddenly a pair of spears whistled through the air. Vax and Sorgoth instantly began to summon skeletons. Two griffin-riders hurtled through the night, hurling spears. One flew back to alert more humans, and the second continued to battle the two warlocks. Vax shot an arrow straight into the griffin’s belly, and it penetrated into the rider’s heart. Sorgoth cast raise dead, forcing the griffin-rider pair out of it’s endless rest. It flew back to the castle, and Vax and Sorgoth could see a human armada. 40 soldiers, 26 archers, 4 paladins, and as many as 12 more griffin-riders. Knowing they could not fight this army, the two warlocks quickly ran back. However, they were stopped by Vax’s shade. Durza’s work would come back to haunt them.
The final showdown had begun.

Would be interesting to make levels representing these battles and see how strong Vax would need to be to actually pull through victorious.

I may or may not do that, for I will have school soon. Thanks for your reply.