I love BTD6 I think its a really great game. Post a reply if you like it too?

I’m not sure whether I’ve played 6, but I’ve always enjoyed bloon tower defence. Best Tower Defence Game (except for blazing battle of course

Umm, not exactly sure what that is. I like the superman monkey…

Its okay. I like the super monkey as well. my favourite tower is the boomerang monkey though

Ah yes, I know that one too. And I like caltrops you put on the road (like CoCo!) and the pineapples.

Pineapples from the plane are very hilarious, especially when you hack the game for hypersonic attack speed and have like thousands of pineapples following you

I like playing it too.
my favorite would be the sun temple god thing 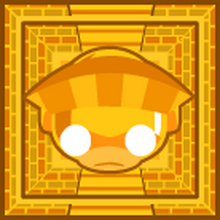 The sun temple is basically an upgrade of that

I like the true sun god as well, but not as much cause its so very expensive

yeah and it takes forever to get it

I have never heard of this game, but I really like the type of game. There’s a version of in the Hypixel server on minecraft. and i like blazing battle of course!

Yea. As said in other topics, its not very popular, but I like it a lot.

BTW you can look it up

If you’re referring to the black and red sun god then yes, I love how powerful that tower is.
Though even with how much it costs it still doesn’t have camo detection by default lol

are u meaning pentas?

What’s a pentas?
If I can I’ll show u what I mean

This is what I mean: 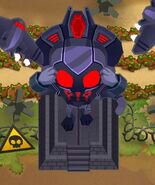 that Is a penta (i think). or its a mod
where did u see this? youtube?

I saw a tutorial on how to summon it on youtube and it works (PC and Mobile) It’s not a mod, you just need the “There can be only one” Monkey Knowledge and like $600K in-game money